Shortly after graduating from the University of Kansas, I lived and worked in Mexico for six months, so this wasn’t my first time at the rodeo. But even with that experience, I still expected that it would take some time to adjust to life in La Paz.

La Paz is a modern city that is similar to Chicago, but just different enough to make me feel off-kilter. There are so many unexpected things that prove challenging, such as:

This is the Bolivian mobile phone provided by my practicum organization. Do you know how hard it is to use one of these phones when you’re used to using to an iPhone? I swear it took me 5 minutes to send a simple text message and at least 3 attempts to add a new contact. (Disclaimer – plenty of people in La Paz use smartphones, we were given these simple phones because they are inexpensive and practical.) 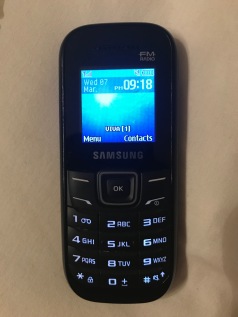 My homestay has a washer and a dryer…except, the dryer doesn’t work as well as our dryers. It’s normal and preferable to line dry your clothes, which means you have to get used to displaying your drawers in public for days at a time. 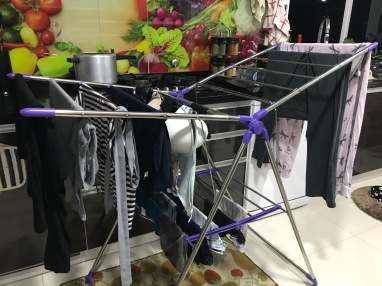 Sometimes you encounter really simple solutions to problems like keeping your windows open. In the US, “fixing” this would probably require multiple trips to Home Depot and a lot of cursing. This is a good reminder that differences can be positive, rather than negative experiences.

In Chicago, we have a pretty good system of public transit involving trains, the el, buses, and cabs. I know how to get from point A to point B, and I know which modes of transportation are safe. La Paz has a good public transit system as well – buses, mini-buses, cabs, and a cable car system, but it is frustrating those first few days when you have no clue where you’re going or how to get there.

Last week, at the end of a very long day, I had to wait 40 minutes to catch a bus and then another 30 minutes of travel time to get back home. My RBF was beyond extreme by the time I got on the bus. In Chicago, I would have hailed a cab after the 5th full bus passed me by, but I can’t do that here in La Paz. It’s simply not safe to hail a cab off the street when you’re female and traveling alone. To add an additional layer of complexity, you can call a taxi company, but there is one number for the south side of the city and another for downtown. I was in the south side and only had the number for the downtown cab company. Remember that bit about patience and mental fortitude?

Like most non-Western cultures, time is fluid here in La Paz. It’s normal and acceptable to be late, even extremely late. This can be very frustrating, as we practicum students are expected to be on time, always. Last week, a colleague scheduled a meeting for 9am, but didn’t show up til 9:45am. And when he did arrive, he spent the next 10-15 minutes greeting others in the office and making small talk.

There are other differences in workplace behaviors – it’s considered rude to not greet your co-workers with a kiss, a good morning/afternoon, and some small talk. The office closes for lunch from 12:30-2:30 – this is one difference I can totally get on board with, as it gives you time to eat a nice meal (at home or in the office) and socialize with your colleagues. Deadlines don’t always carry the same pressure – you may send an email to someone and get a response 2 weeks later. Being aggressive and/or pushy about follow-ups and deadlines is frowned upon.

The general pace of work is slower and less frenetic. I can’t say this is a bad thing, because it gives you a nice work-life balance (something that might as well be a four letter word in the US).

As Axl Rose once said: All we need is just a little patience.

I love exploring local markets – they’re always so colorful and carry so many foods that we don’t get in the US. This weekend, I went to two different markets: 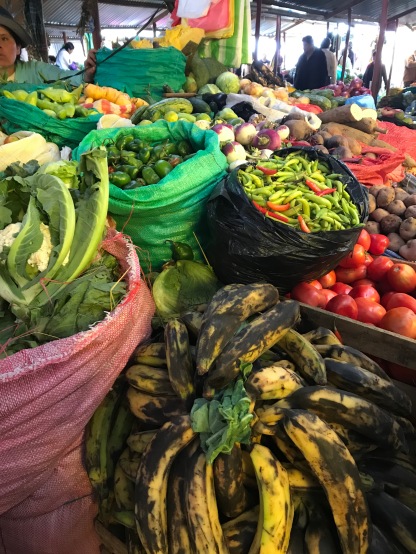 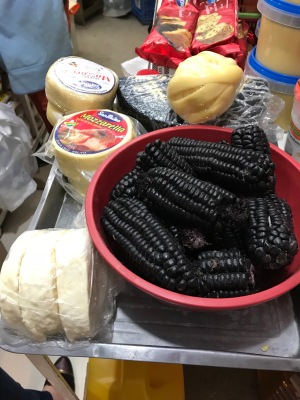 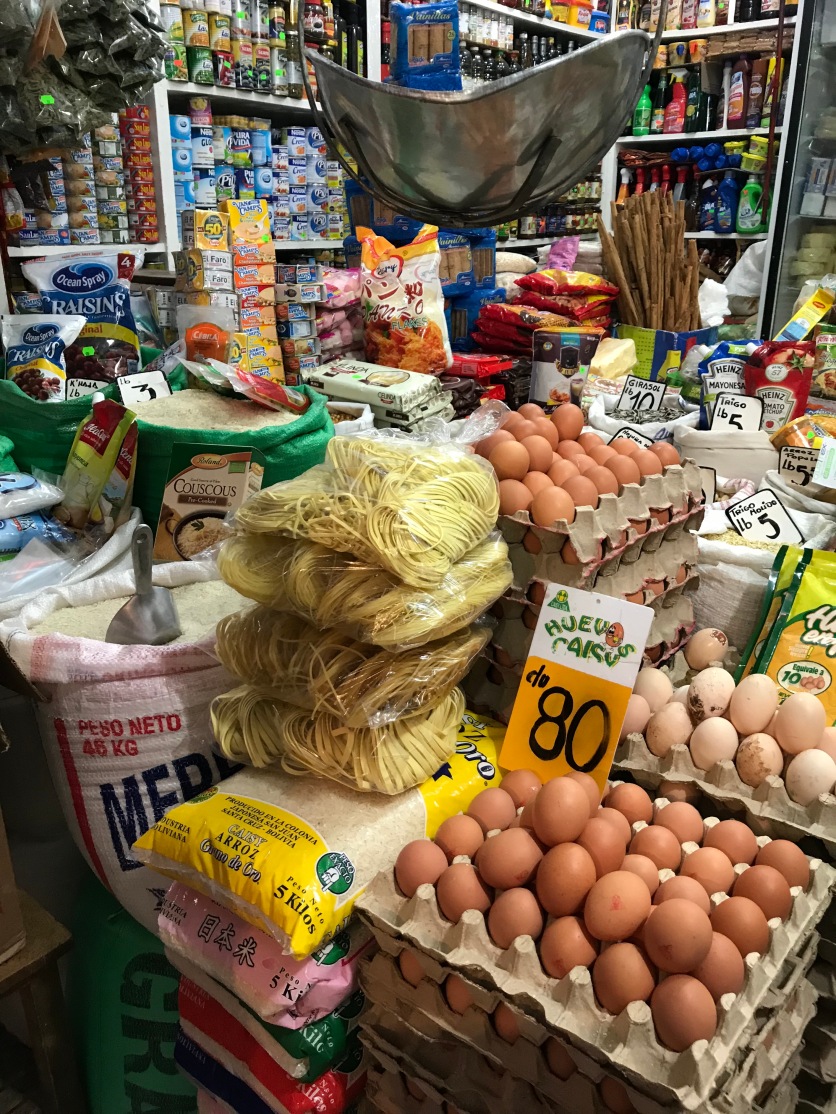 That first picture is a papaya. I have never seen a papaya that ginormous, hence the reason I took a photo of it. 🙂 These markets carry so many root vegetables and giant squashes that are unfamiliar (second row, first picture). And since we don’t get them in the US, I have no idea what they’re called in English or how to prepare them. The black corn (second row, second picture) was really cool. Apparently it’s sweet, and/or used in desserts. There are also several blocks of mozzarella cheese in that photo. The sales lady thought I was nuts when I asked if it was cheese. Unless it has a rind, I expect cheese to be refrigerated, not sitting outside next to a basket of corn. I gave it a strong side-eye and moved on to the next stall.

Probably the hardest thing to get used to is language-related. Bolivians have a pretty even/flat accent, so I understand their Spanish pretty well. But it’s been a very long time since I’ve had to speak it and my grammar is atrocious. Not being able to speak clearly is frustrating, but what’s really, really hard to deal with is when people make fun of/tease you to your face, because they think you don’t understand what they’re saying. The majority of the time, they’re not being malicious – you are as much of a curiosity to them, as they are to you. But it still stings, especially because the only thing you can really do is grin and bear it. Confronting someone who does this can lead to all sorts of misunderstandings and issues, so it’s better to remain quiet and move on (and then, if you need to, cry at home where no one can see or hear you).

(P.S. I’m totally allowed to use cheesy Wizard of Oz references because I’m originally from Kansas and cut my teeth on that movie.)